Nashville’s CRE Has a Strong Twang 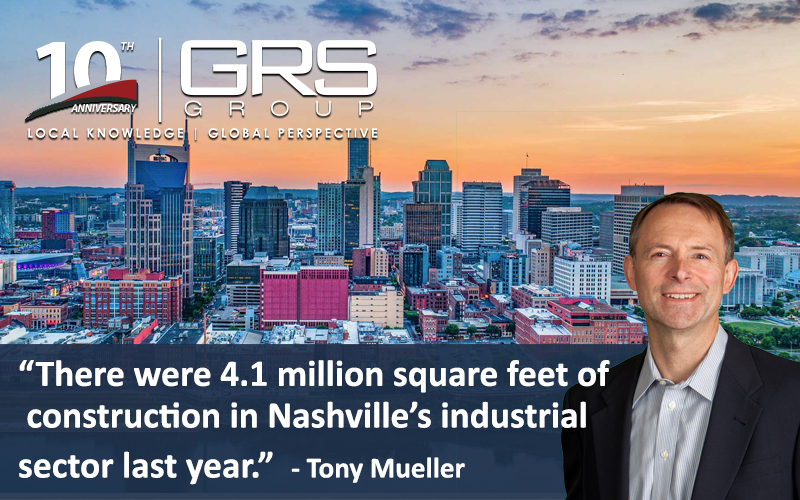 It’s not much of a surprise, as PwC’s often-cited 2020 Emerging Trends in Real Estate report ranked it as the third-best metro for investment and development for the coming year when it was released back in September.

There is no denying that Amazon’s announcement in 2018 to create 5,000 jobs in the city isn’t making a huge impact.

But commercial real estate metrics are proving that the market has been, and will be, sustainable regardless.

In the office market, Avison Young reports that 3.8 million square feet is under construction, with 43 percent of it pre-leased. The average class A office rents are at $31.20 per square foot, which is a 42-percent increase since the last recession. Office vacancy rates are at 8.4 percent, down from their historically low average of 8.6 percent.

With Amazon’s major arrival to the market, among other companies, it has also impacted industrial commercial real estate.

Amazon hit the right riffs again for the metro area, when it bought a South Nashville site that was a grocery warehouse totaling 200,000 square feet for $22.8 million, prompting speculation that the company might have bigger plans for the area. Just a month before, Amazon bought 77 acres for $5 million in the metro area.

As Colliers says: “Demand for space has been met with elevated rent growth throughout the market, keeping Nashville’s industrial rates among the highest in the South.”

Becoming a tech center in the South has obviously helped the Nashville commercial real estate market. And we are excited to see what other markets in the region are making the same progress, following in the footsteps of Atlanta, the Carolinas and others.