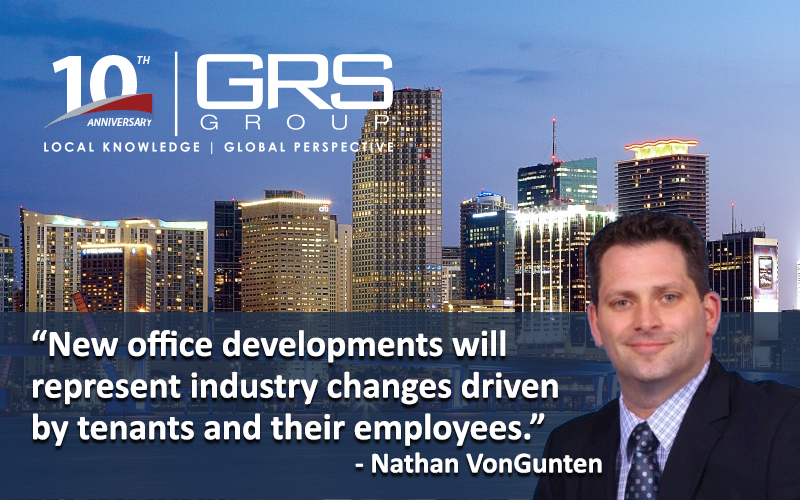 The continued strong economy is keeping the commercial real estate industry in great fundamental shape, and that trend doesn’t seem to be ending any time soon, according to Avison Young’s 2020 U.S. Forecast.

One area that had a strong performance last year and is expected to do so again is office rental rates. Of the 47 markets Avison tracked in 2019, 44 of them experienced a rent increase year over year.

The market with the top increase was San Francisco, which saw its rates rise 9.9 percent from 2018, to a record-breaking $88.73 per square foot. Second was the Boston area, with its 9.3 percent increase, hitting $100 per square foot in some buildings in the Kendall Square neighborhood. Coming in third was West Palm Beach, Fla., up just over 8.9 percent, due to pent up demand.

And demand across the country, which had an average vacancy rate of 11.6 at the end of last year, has led to nationwide construction. To close 2019, there was 113 million square feet of office under construction, and 45 percent of that is pre-leased.

The new office developments across the country will represent industry changes driven by tenants and their employees.

As Avison points out, there is increased concentration on developing sustainable assets. With BlackRock and other major investors focused on climate change, along with a younger generation of U.S. residents in general, offices are going green like never before. Municipalities are also involved. New York City’s Climate Mobilization Act, for example, will require buildings to cut emissions by 40 percent by 2030.

Similarly, buildings are becoming friendlier in their interior environments and to the employees housed within. Due to an increased fight for talent among firms as a result of historically low unemployment rates, companies, and landlords, are catering more toward the work-life balance of buildings’ inhabitants. This could include increased in-building amenities, such as cafes and gyms; layouts that promote active lifestyles; and a focus on natural light and air quality.

Whatever employee preferences are in the future, it looks like there will be plenty of space ready to house them based on today’s office-development forecast.