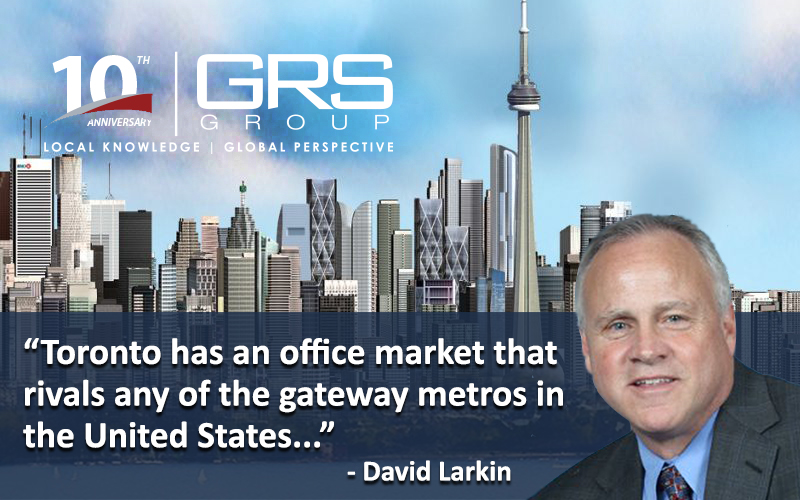 CBRE recently released a report called the 2019 Tech 30, which examines what It considered the top 30 North American office markets with strong tech industries, based on several criteria.

There aren’t many surprises on the list, as it’s populated by usual suspects that include the San Francisco Bay Area; New York City; Austin, Texas; Seattle; and others.

It’s not all that surprising that some of the cities on the list are in Canada. But what some might not realize is the strength of that handful of metros.

What primarily gave Vancouver the top spot is its high-tech job growth, which increased 29.5 percent between 2017 and 2018. That has spurred significant leasing in the city’s office market, especially recently. CBRE says that 7.6 percent of the city’s total building supply was absorbed between the third quarter of 2017 and this year’s second quarter. And like many tech-heavy markets, there is a corridor heavily representing the industry. In Vancouver, it’s called the Broadway Corridor and saw a 10.1 percent leasing increase of available office space during the same period.

Developers are all over these hot metrics, and Vancouver is seeing its share of office construction. As of the end of the third quarter, there was just over 7.5 million square feet underway in Vancouver, more  than double the same year-ago period, according to a Cushman & Wakefield report.

Lee & Associates highlighted three of those projects coming out of the ground, and tech plays a significant leasing role. One of the most significant is called The Post, which is expected for completion between 2022 and 2023. Amazon has already pre-leased 40 percent of the space. As of the end of the third quarter, vacancy in the market was at 3.5 percent.

Toronto, ranked third, has an office market that rivals any of the gateway metros in the United States, and a lot of that has to do with a tech industry that has become nearly as significant as the area’s tradition leader, finance.

Between 2017 and last year, Toronto’s high-tech job growth was up 23.9 percent, with just over 30,000 new jobs added in the sector, nearly triple the amount of Austin.

Similar to Vancouver, Toronto is a landlord’s market, with major tenant demand, much of it tech. Vacancy is at 2.2 percent downtown and 5.8 percent overall as of the end of the third quarter, according to Avison Young. There is 11.4 million square feet of office under construction.

Most of the major international tech players are leasing significant amounts of tech space, but maybe most importantly, Google has a master plan to building a $3.9 billion smart city with a collection of mixed-use buildings along the waterfront.

Vancouver and Toronto aren’t the only Canada metros to make an impression in the CBRE report. Montreal was ranked 14th in the Tech 30, and the firm called out Ottawa and Waterloo as cities to watch in North America that could one day become significant tech centers.