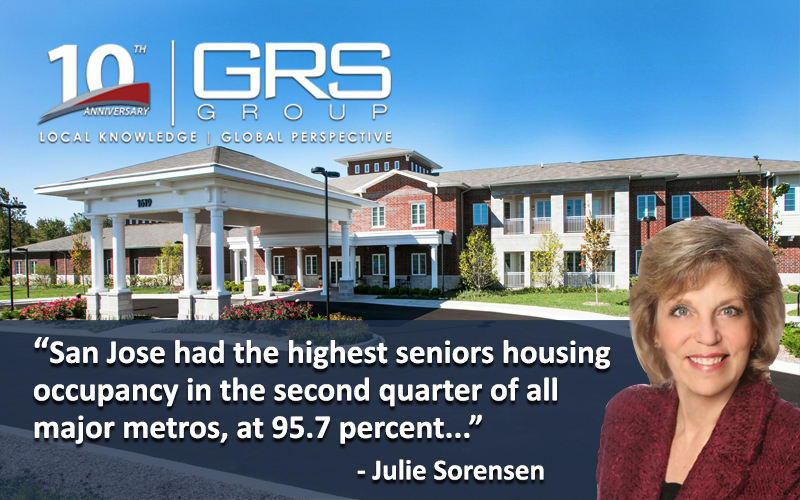 Senior housing might not have the strongest fundamentals in commercial real estate right now, but several companies are betting that will turn around rather quickly with what will be, by nearly all accounts, a considerably larger U.S. population of elderly residents.

And these are big-money bets.

Benchmark Senior Living recent recapitalized and bought out partner Welltower Inc. for $1.8 billion on a portfolio of 48 assisted-living assets in New England. As part of the deal, Benchmark will invest heavily in the renovation of the assets as well.

A deal that is expected to close this quarter is Invesque’s purchase of Commonwealth Senior Living and 20 of its 24 assets for $340.4 million. The properties are located in Pennsylvania and Virginia and reportedly brings Invesque’s seniors portfolio up to a total value of $1.8 billion.

On the development front, multifamily owner Alliance Residential is rolling out a $1-billion seniors housing pipeline and will soon open a 166-unit active adult living community in the southern Seattle suburb Tukwila. Later next year it will also open a facility in San Jose, Calif., managed by Atria Senior Living.

Speaking of San Jose, it had the highest seniors housing occupancy in the second quarter of all major metros, at 95.7 percent, according to the National Investment Center (NIC). It was followed by Portland, Ore., at 91.6 percent. The lower-performing metros were Houston, at 81.1 percent, and Las Vegas, at 82.3 percent.

Overall, second-quarter occupancy across the country was 87.8 percent, down slightly from 87.9 percent during the same year-ago period. Assisted-living occupancy rates hit a record low during this year’s second quarter, at 85.1 percent, and the softening numbers could lead to a bit less construction on the horizon until those numbers improve, NIC says.

A recent Colliers International report on the future of seniors housing points to many upscale developments in the space for Boomers, such as Jimmy Buffet-themed Margaritaville settings and urban dwellings that look more like high-end apartment complexes. But this future won’t be the reality for millions of that generation that will rely solely on Social Security benefits for retirement. Additionally, many seniors aren’t interested in leaving their current homes and communities and may not have to do so for quite some time, due to ongoing home-tech innovations and other vital everyday conveniences, such as tele-doctoring a same-day grocery delivering.

So, as the overall commercial real estate landscape has changed due to technological innovations that began during the Baby Boomers’ working careers, properties will need to continue to incorporate new technologies to lure the new generation of seniors out of their homes. Opportunities are there for CRE firms, but they might just have a different presentation.