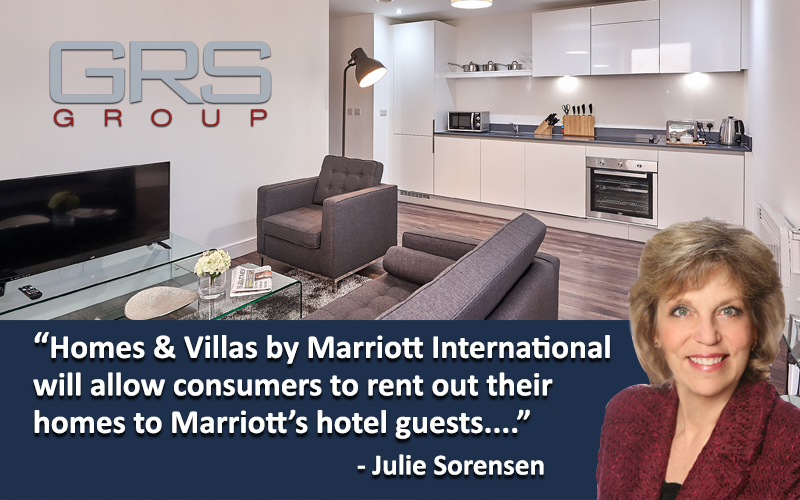 Airbnb has been giving hotel chains been disrupting the hospitality industry for years.

And as a result, the tech company that rents out residential units as hotel rooms has done pretty well for itself. Airbnb has an average of two million customers a night and six million listings worldwide. That has reportedly given it about 20 percent of the U.S. consumer lodging market, while consumers spend more there than at Hilton and its brands, the company is valued around $38 billion. So, it makes sense that some of the large hotel players want to fight back.

That’s what Marriott International has planned. The company is launching Homes & Villas by Marriott International, where consumers can rent out their homes to Marriott’s hotel guests.  The venture, with about 2,000 rooms, is in 100 markets in the United States, Europe the Caribbean, and Latin America. This is reportedly the first large hotel company to launch a full venture into this space. And Marriott executives hope that its name recognition and loyalty program will steer consumers toward Homes & Villas.

Marriott already has about 1.3 million traditional hotel rooms under such brands as its namesake, Ritz-Carlton, Sheraton and Westin. The move to its new strategy comes after the company’s revenues weren’t as high as expected in 2018.

RevPAR (revenue per occupied room) was up 2.6 percent in 2018 for the full year worldwide and 1.3 percent during the fourth quarter, lower than the 2.04 percent predicted by analysts. For 2019, management expects RevPAR to rise between one percent and three percent.  It’s too early to tell what impact Homes & Villas will have on future revenue growth. In its latest quarterly report, management says it has a 20 percent market share of hotels under construction, so the new program, coupled with that growth, could present an opportunity for higher future revenue increases.

Meanwhile, the hospitality industry is doing great from an overall real estate standpoint, according to Marcus & Millichap’s 2019 forecast on the sector. (Download here). Without being involved in the private-home rental space and facing stiff competition from Airbnb, occupancy rates are expected to hit a 30-year high in 2019, at 66.5 percent. As a result, RevPAR and average daily rates are also forecast to increase.

The strong economy is clearly helping hotels perform well without home-sharing services, and their inclusion in companies’ offerings should give them another tool to enhance growth if they come anywhere close to the path blazed by Airbnb.