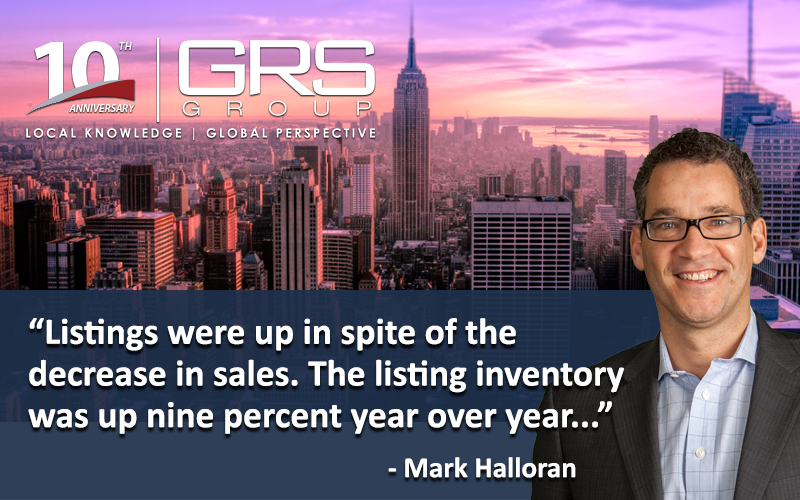 Mark Halloran is a senior vice president at GRS Group. He can be reached at 646.912.4748 or via email at mhalloran@fv2.d32.myftpupload.com

Don’t expect the market to be affordable for the average American homeowner or renter any time soon, but Manhattan multifamily took a bit of a price hit last year, according to several reports. A steep decrease in transaction prices might show that there is a limit to how hot a market can get in this seemingly never-ending economic cycle of growth. That cycle of feverish multifamily development (in all boroughs of New York) is illustrated in a recent New York Times article showing the rising of 350, 530 and 1383 new condos buildings in Queens, Manhattan and Brooklyn, respectively, in the last ten years. The Bronx saw 17 newly-constructed condos and Staten Island 19, over that same period. In total, almost 50,000 new condo units came on line in NYC between 2009 and 2019. It’s a tall order, even the Big Apple, to absorb that many units without pricing and other concessions.

The average apartment sale price of just under $1.9 million during 2019’s fourth quarter was down 10 percent year over year, according to a Brown Harris Stevens report. The number of resale apartments that transacted fell five percent, and the average unit spent 125 days on the market, which was 11 percent longer than the same period in 2018.

Similar to last year, most of the transactions in the borough during the quarter too place Downtown south of 14th Street, followed by Midtown.

Douglas Elliman had the median sales price at $999,000 in the fourth quarter, down 2.5 percent from the third quarter. However, the average price per square foot, at $1,581, increased 3.7 percent quarter over quarter.

Besides the median and average prices of apartments and condos, the number of transactions has decreased over the last two years. The Elliman report said that the fourth quarter drop (coming in at a total of 10,048 year to date) was the eight quarter in the last nine to experience a decrease.

Though sales were down overall, they didn’t fall at all price points. Sales below $5 million rose by 1.6 percent year over year. However, sales between $7 million and $10 million took a major hit, dropping 49.1 percent. There were only 104 transactions priced at more than $5 million, the lowest recorded total in seven years.

Listings were up in spite of the decrease in sales. The listing inventory, at just over 6,600 units, was up nine percent year over year.

Meanwhile, there was an increase in sales during the fourth quarter across the river in Brooklyn and Queens for the first time since 2017. Sales rose in Brooklyn 2.9 percent and climbed 6.8 percent in Queens. The median price was up 1.9 percent in Brooklyn, hitting $800,000, while Queens’ median came in at $610,000, rising 7.4 percent.

Crain’s New York quoted an Elliman broker who said that people who were priced out of Manhattan decided to buy in Brooklyn and Queens. If prices continue to decrease in Manhattan, maybe those new Brooklyn and Queens residents will be able to get their Manhattan home in a few years.