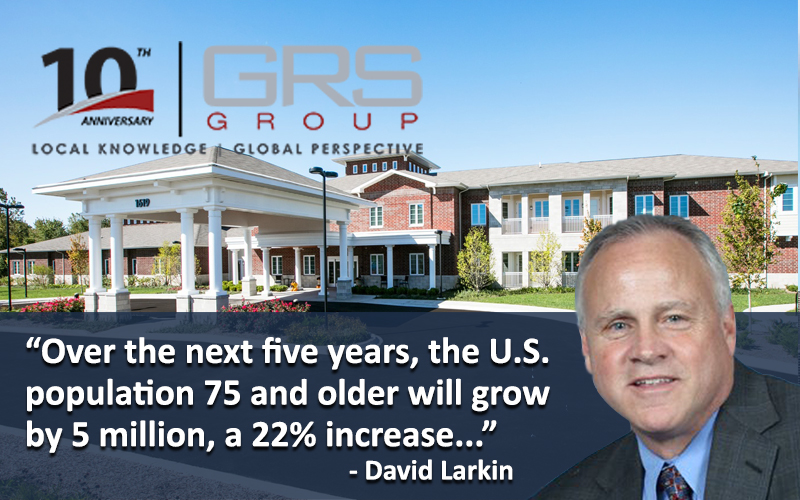 Commercial real estate’s seniors housing sector might be experiencing the impact of overbuilding right now, but investors expect plenty of demand in the future and are betting big on the space.

Despite a drop from last year’s sentiment, seniors housing was considered the fourth-most-desirable CRE investment property type by the PwC/ULI Emerging Trends in Real Estate 2020 report, only getting beaten out by warehouses, fulfillment centers and workforce housing. It was considered number one last year.

The hesitancy is due to lower occupancy rates from more product coming online. The independent-living arena of seniors housing saw 8,000 units for the year ended in June, and 25,000 units were under construction as of September, according to a Marcus & Millichap seniors housing report (download here). Meanwhile, occupancy, at 90 percent at the end of the third quarter, was down 70 basis points year over year. With tens of thousands of new units becoming available over the next couple of years, occupancy is forecast to increase.

But there is also what is referred to as a grey wave of baby boomers about to hit the overall U.S. population. Says the Marcus report:

“Over the next five years, the U.S. population of those 75 and older will grow by 5 million, a 22 percent increase, a much more rapid expansion than the 2.8 million people age 75 or older added over the previous ﬁve years. This massive demographic shift, coupled with the rise in medical services the aging population could require, ensures broad-based demand across all forms of seniors housing.”

One of the latest investors to make a big bet on seniors housing, despite its increased vacancy rates, banking on what will surely be significant demand, is REIT Healthpeak Properties. The firm has widened its partnership with developer Oakmont Senior Living, agreeing to acquire $1.3 billion of assets in the pipeline.

The Healthpeak-Oakmonth properties are on the upscale end of the asset class. Overall, Healthpeak has ownership in 27,000 seniors housing units across the country.

The Irvine, Calif.-based REIT is not only invested in seniors housing. The other properties in its portfolio are also in healthcare, though, including life sciences and medical offices. With an aging population there should be demand for all three.

There’s no question, by population, that demand will be there for healthcare commercial real estate that focuses on aging. What will set investors in the large portfolios coming online, are the ones finding the types of assets that resonate best with aging Baby Boomers that are healthier and live longer than their parents. Staying on top of their needs and preferences will be key, and the most flexible operator are likely to have the greatest success.