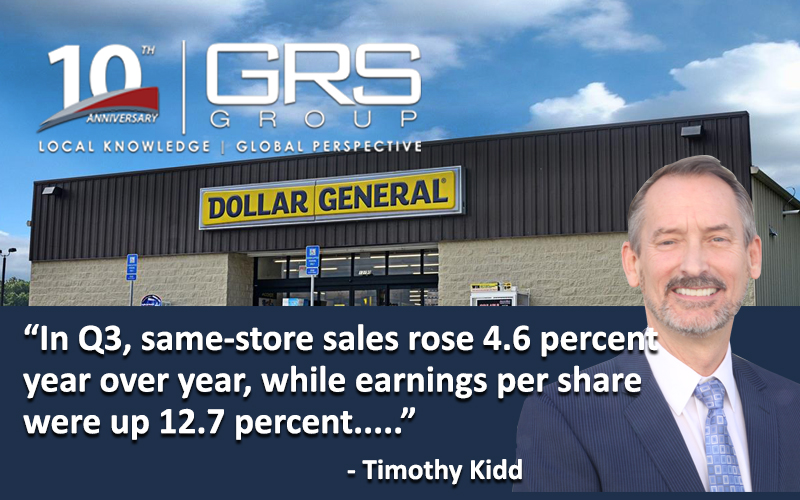 It’s about as expected every year as news of retail chains closing stores. Dollar General is aggressively expanding its footprint.

Dollar General recently surpassed the 16,000-store threshold, with an opening in Panama City, Fla. Surprisingly, there are states in which the company still doesn’t operate stores, but it will be in 46 of them when locations under construction are opened in Washington and Wyoming next year.

During the Great Recession, it made sense that Dollar General and its competitors were opening doors. And it’s doing well in a much-improved economy, too.

The company had a very strong third quarter. Same-store sales rose 4.6 percent year over year, while earnings per share were up 12.7 percent. In the third quarter alone, net sales were $7 billion, up 8.9 percent.

Dollar General’s favorable financial results and substantial store-expansion plans are ongoing developments, but a new program management has been working on is the inclusion of fresh produce and other food items in many of its stores under an initiative called DG Fresh.

The retailer added produce to 65 stores during the third quarter, bringing its total to 600 units with fresh fruits and vegetables. Another 250 units will get those offerings next year. This development gives Dollar General an edge in underserved urban and rural areas where grocery stores aren’t a short distance away from consumers. And with an average size of 10,000 square feet, these locations can fit in smaller spaces that wouldn’t be suitable for supermarkets or big-box discount stores.

Dollar General’s main competitor, Dollar Tree, is also performing well, though its third quarter wasn’t quite as robust. In 2015, it acquired Family Dollar, the weaker of the three chains, for $8.5 billion. The combined company is still remodeling Family Dollar units and is in transition.

It might be business as usual in the dollar-store sector, but store openings and renovations are welcome news in a retail real estate world of uncertainty.