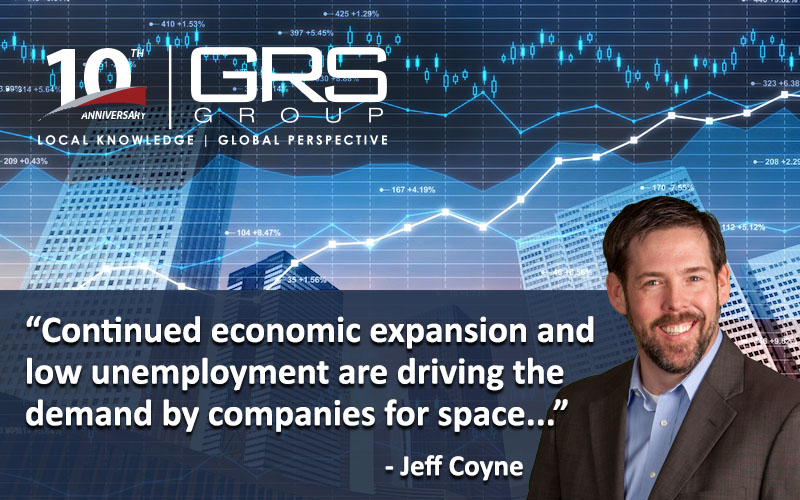 Commercial real estate’s run of stable fundamentals and favorable returns for investors isn’t expected to let up in the near future, according to a report by investment bank UBS (download here).

Continued economic expansion and low unemployment are driving the demand by companies for space, and two drops in interest rates this year have kept deals flowing in the space and cap rates have begun to stabilize after rising briefly.

Buyer optimism is telling. Total CRE sales in the United States were at $470 billion in the year ended at the close of the second quarter, a slight increase from the prior 12 months. Returns have been stable across property sectors – retail being the exception – though the different sectors are providing higher returns than others.

It should be no surprise that industrial investors are enjoying the highest returns right now, which have been holding around 15 percent since early last year. Rents rose 6.4 percent in the year ended in the second quarter, above the 5.2 percent five-year average. Though the sector is experiencing historically low vacancy rates, at 4.3 percent, according to CBRE, there is also 293.2 million square feet of construction underway. This adds risk to industrial, points out UBS, but as things stand today, demand is there for continued development in the sector.

The uncertainty around retail places it at the other end of the spectrum. On the one hand, high levels of disposable income and low levels of unemployment support overall retail sales. But there is also a shakeup in retail real estate venues, from being a collection of apparel to stores to becoming more experience based. As a result, it’s become a situation where performance greatly varies property by property, depending on the tenant mix, and average returns are in the low single-digit percentiles overall.

Apartments, with returns in the five-percent range, are much in the same situation as industrial assets. It doesn’t seem as thought developers can building enough of them to keep up with demand, especially in the mid and lower price points. Vacancy is only at four percent and rents rose about three percent year over year at the end of the second quarter. By mid-year, there were 618,000 units under construction, according to CBRE.

Though office returns are in line with multifamily, at just over five percent, its fundamental performance is similar to retail in that it varies greatly by location and asset type. Overall vacancy is the lowest in 18 years, at 12.2 percent, according to CBRE, while new-office completions were at 14.7 million square feet at the end of the second quarter, the highest since Q3 2009. Meanwhile, there is still a big gap between the low vacancies at downtown assets and the higher ones felt in the suburbs, though again, that is largely dependent upon the asset and locale.

After a period of uncertainty with rising interest rates in 2018, it seems as though sentiment toward the industry is beginning to stabilize, and we can expect to see more of the same steady growth experienced over the last few years.