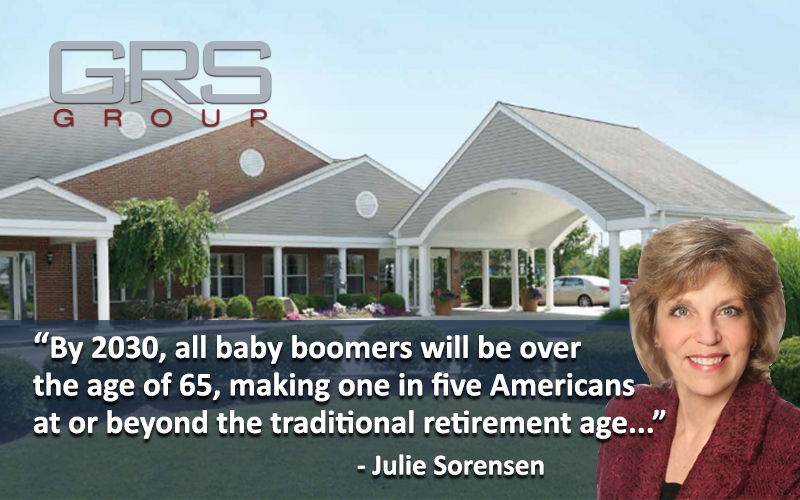 The seniors housing sector of commercial real estate is undergoing some fundamental changes, and much of that has to do with a changing resident profile. This is apparently having a significant impact on the skilled nursing portion of this property type, which represents the largest segment of seniors housing properties.

A new Marcus & Millichap report (download here)  on the outlook for skilled nursing over the year’s second half reports that the popularity of assisted-living properties over the last 20 years have taken a large chunk of business from the former. Skilled-nursing occupancy rates averaged 86 percent during the third quarter, down from 90 percent in 2008. Marcus & Millichap expects it to slip below 86 percent by year’s end.

This shift is expected to increase even more despite increasingly aging population, according to data from the Census Bureau. It says that by 2030, all baby boomers will be over the age of 65, making one in five Americans at or beyond the traditional retirement age. People are also living longer and have more active lifestyles, decreasing the need for more closely monitored care, so the nature of seniors housing will obviously need to change.

There were 3,600 skilled-nursing beds pulled out of service over the 12 months ended in September, according to the report, most of them in facilities that only provide that type of care. Part of the problem is that many of these buildings have become obsolescent, and as a result, there were 5,500 beds under construction at the end of the third quarter.

Meanwhile, though occupancy is down, rents are rising. At the end of September, the average daily rate in skilled nursing rose 2.4 percent year over year, hitting $318 per day, and the average is predicted to hit $320 by the end of 2018, representing a 2.6-percent rise in year-over-year growth.

On the investment front, just over half of the buyers in the last year were private entities. Skilled-nursing beds were trading at an average of $92,500 over the 12-month period, a 75 percent leap from 2009.

Overall seniors housing transactions hit 103 during the third quarter, at a dollar value of $1.72 billion, according to Irving Levin Associates, a 34 percent year over year increase. Of that total, there were 20 portfolio trades with 138 assets during the period, making up 19 percent of all transactions. The biggest sellers during the three months ended in September were REITs.